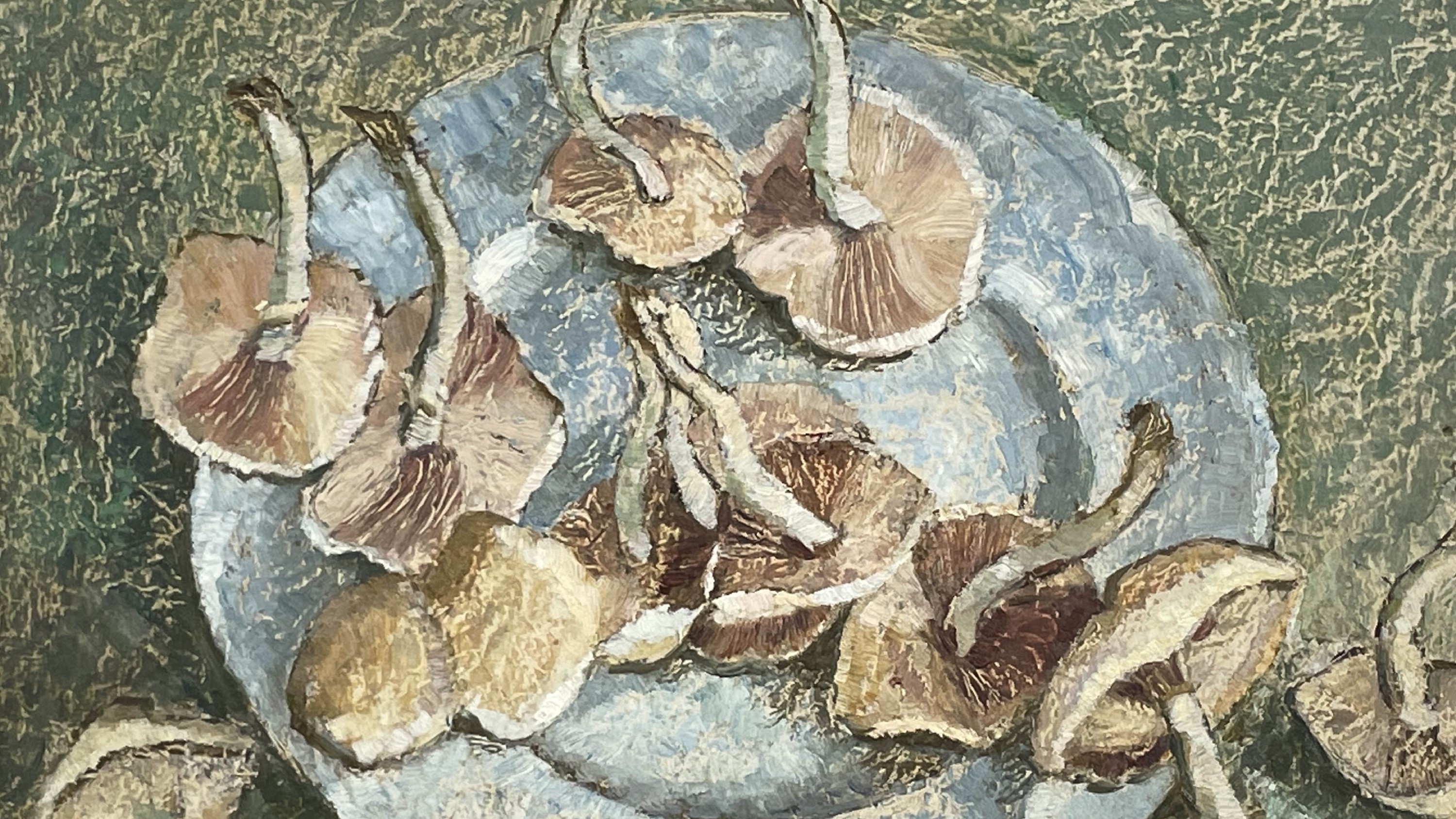 Coming up in our Cornish Art and Fine Art Sale on the 22nd and 23rd of July we have a collection 16 lovely paintings by St.Ives artist, Garlick Barnes. Garlick Barnes moved to St Ives at the outbreak of WWII. Living previously in London and Kent, she had raised her twin sons John & William (born in 1920) before she could dedicate herself to art.

She then studied in Canterbury and in 1936 had become a pupil of Walter Sickert in Thanet, exhibiting with him in Margate. After moving to Cornwall, she became an active and popular member of the artists community in St Ives and exhibited regularly, she was also a member of the NSA and served on the Hanging Committee. 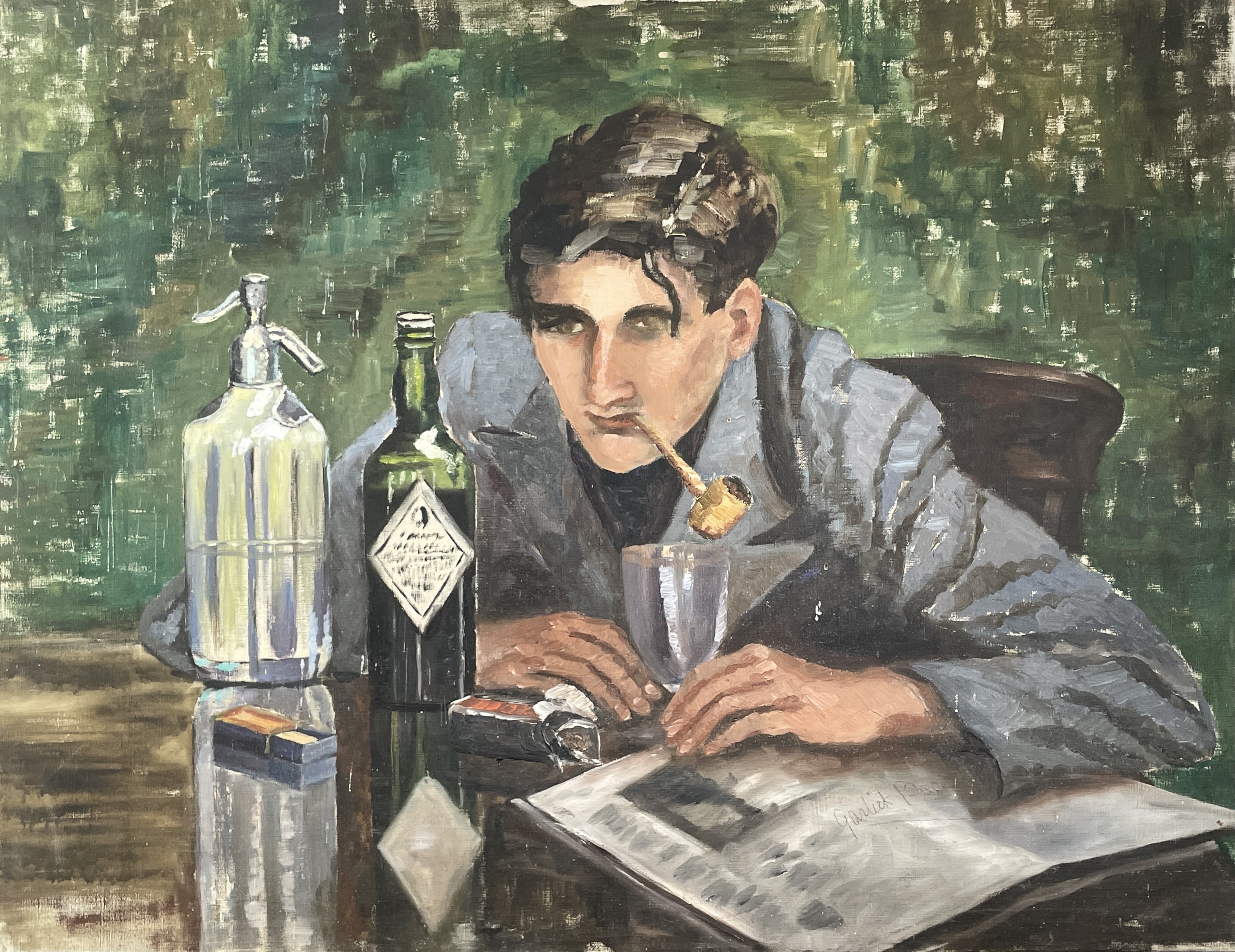 Her work included portraiture but her love of gardening and flowers featured predominantly in her work as did the back streets of St Ives and the Cornish countryside. The Salt Gallery St Ives held a retrospective of her work in 1984 by which time she was in her 90s. 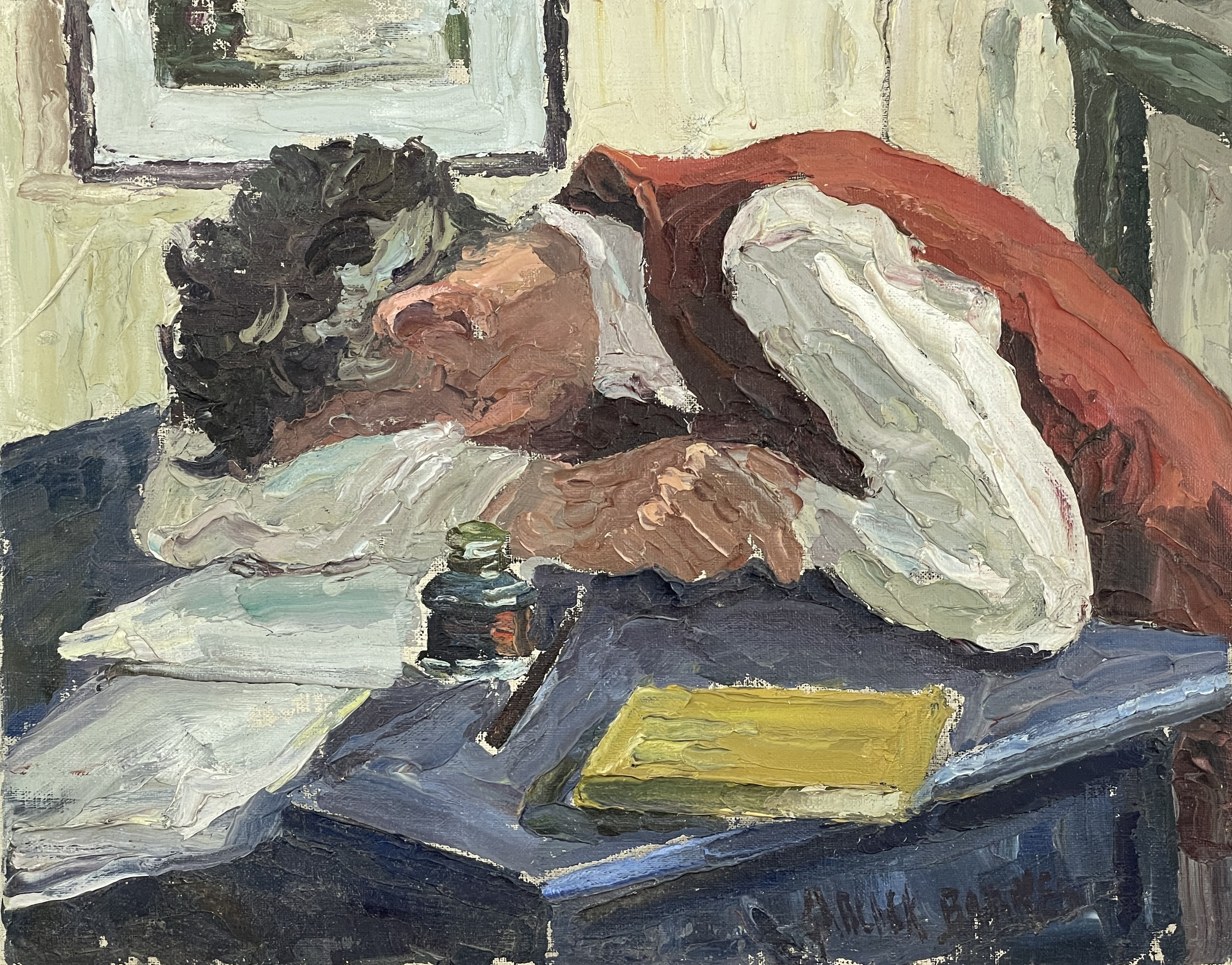 Lot 11, Man asleep at his desk 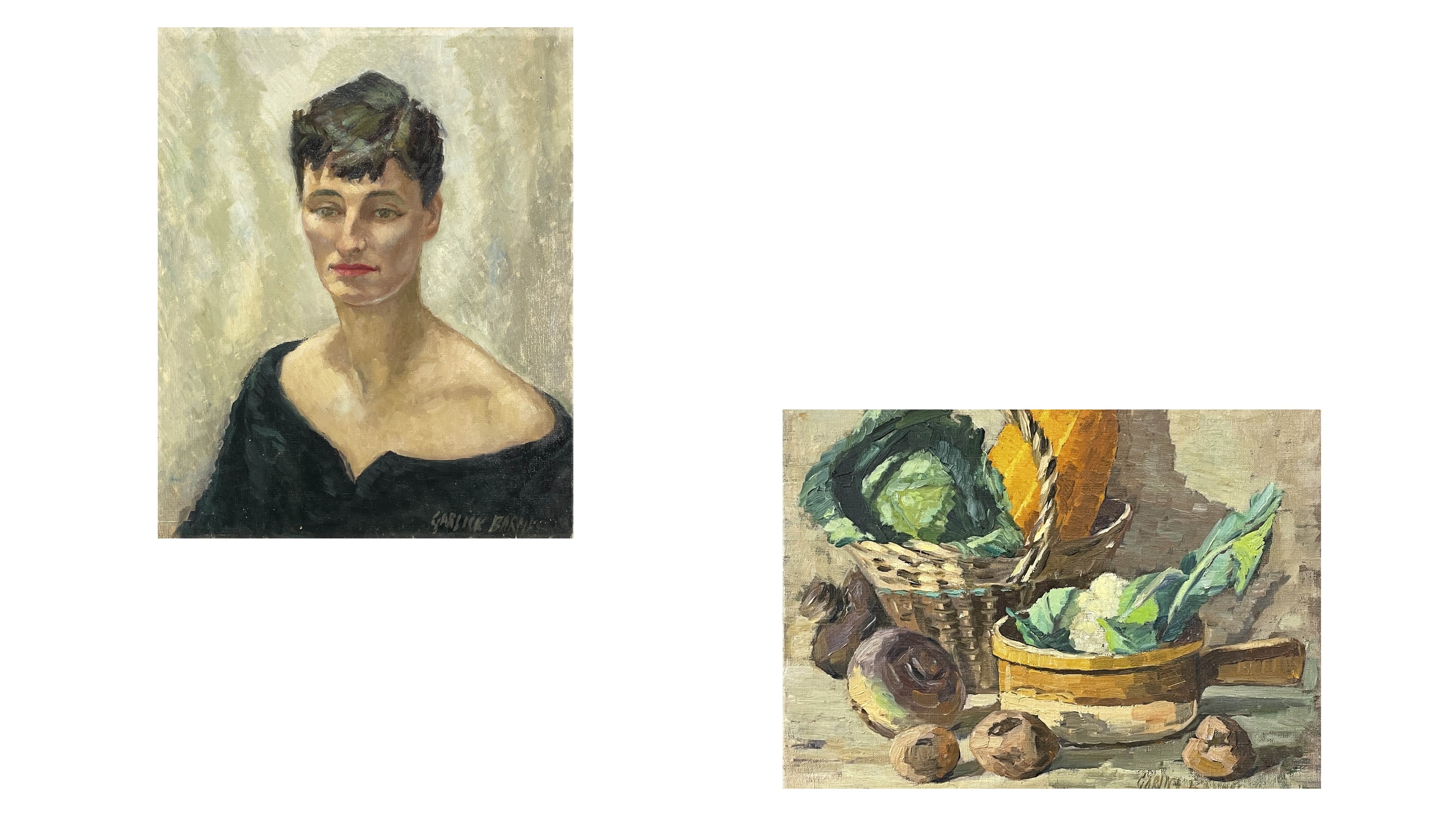 Garlick Barnes twin sons William and John Barnes both began filmmaking as teenagers, committing to film the lives of the coastal, rural and Gypsy communities in Cornwall and Kent that had so interested them from an early age.

Garlick Barnes has been known to feature in some of their work, she played the role of a mother in their more famous short films ‘The Fatal Shot’, a short thriller about three young bandits and their kidnapping of a young girl.  You can watch the film for free on BFI player. 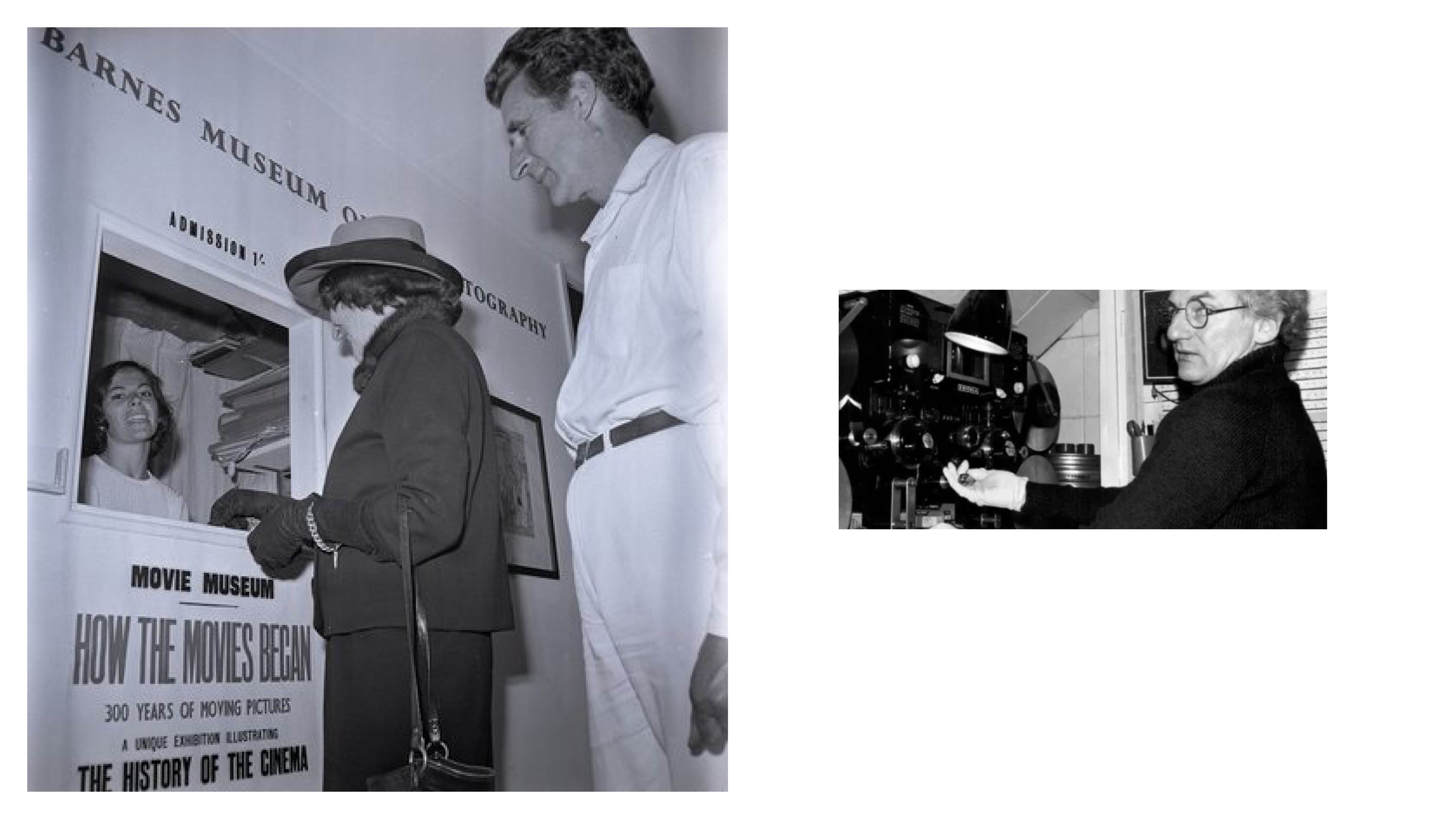 In 1939, they studied film with Edward Carrick in Soho who was film director for Ealing Studios and The Crown Film Unit, (later GPO films). During the Second World War they both served in the Navy and afterwards joined their mother in St Ives where they exhibited their amazing collection of artefacts which formed the Barnes Museum of Cinematography. In the late 1980s the collection was sold to the Museo Nazionale del Cinema in Turin, with some British material going to Hove Museum. Bill was a leading authority on many aspects of the optical media that preceded cinema and in particular of the early years of cinema itself. In 1997 John and William were awarded the Jean Mitry prize by the Pordenone Silent Film Festival in Italy for their distinguished contribution to silent cinema and in 2006 both brothers received an honorary doctorate from the University of Stirling.

You can watch more of their incredible archive on the Screen Archive Southeast, University of Brighton website.