We are delighted to present 24 works by renown British abstract artist, Sir Terry Frost, in our December auction, The Personal Collection of Jonathan Grimble. Amoung the collection is a rare and exciting early piece that helped Frost to explore the possibilities of abstract painting. Creating a life-altering shift in his career, resulting in him becoming one of the most prominent abstract painters in Britain.

Sir Terry Frost was a leading figure in British abstract art, and one of the most significant printmakers of the twentieth century. He was best known for using bright colours, geometric shapes and overlapping circles to create exuberant, life-affirming work, inspired by the light and landscape of St Ives. 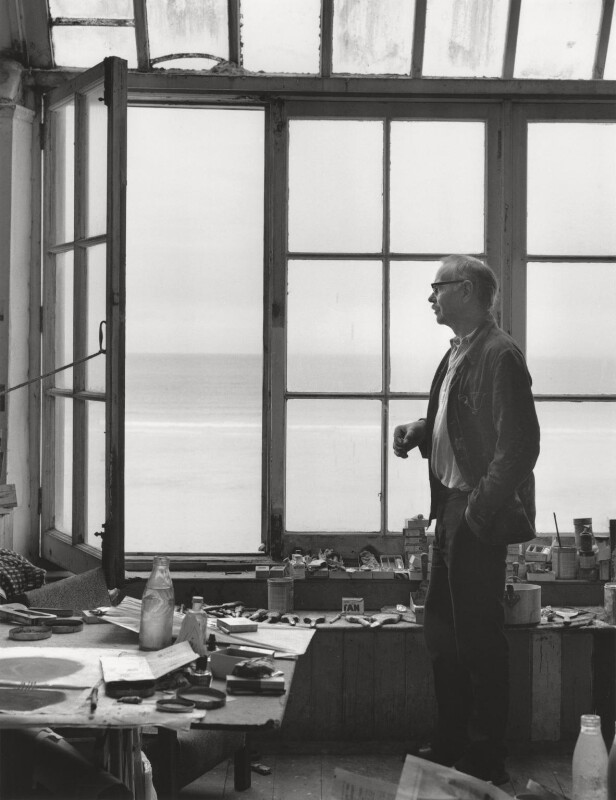 Born in Leamington Spa in 1915, Frost left school at the age of 14 and worked at Curry's Cycle shop and the Armstrong Whitworth factory in Coventry until the outbreak of WWII. He served with the commandos until captured by the Nazis in 1941. He became a prisoner of war at Stalag 383, Bavaria; where he was befriended by fellow prisoner, the artist Adrian Heath, who encouraged him to paint.

His life changing experiences as a POW had awakened an artistic creativity and after the war Frost was determined to become an artist. He started studying in London at Camberwell School of Art, under William Coldstream and Victor Pasmore. Both very different painters, Coldstream was a precise realist figurative painter and Pasmore embraced abstraction. Frost had not yet developed a distinctive artistic language until his creation of one of his most significant works, Madrigal. 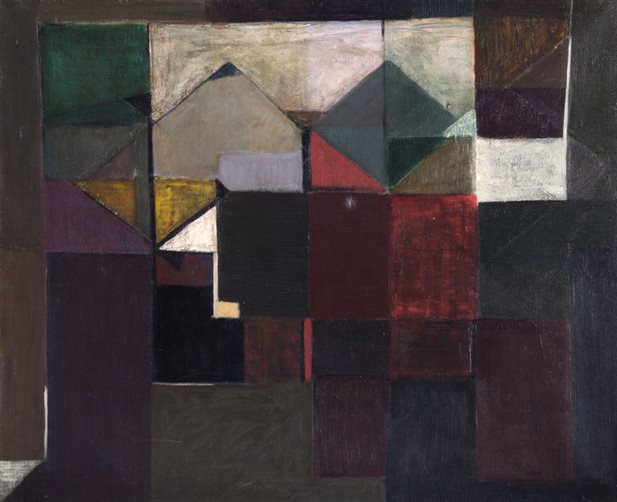 Madrigal, was a summer project based on the 1935 poem by W. H. Auden. It was as he stated, an ‘intuitive reaction to the poem’ which alludes to the love of a coal miner. Frost uses a sombre palette and the dark diamonds and rectangles evoke the slag and spoil heaps of a mining landscape.

The larger version of this work purchased by the Art Fund and in the collections of Leamington Spa Art Gallery is widely considered to be Frost’s first truly abstract painting and as such, is a seminal work of huge importance. Madrigal marks the turning point where Frost moved away from the figurative style of his influential Camberwell tutor William Coldstream, and turned towards abstraction, encouraged by his other most important tutor, Victor Pasmore. 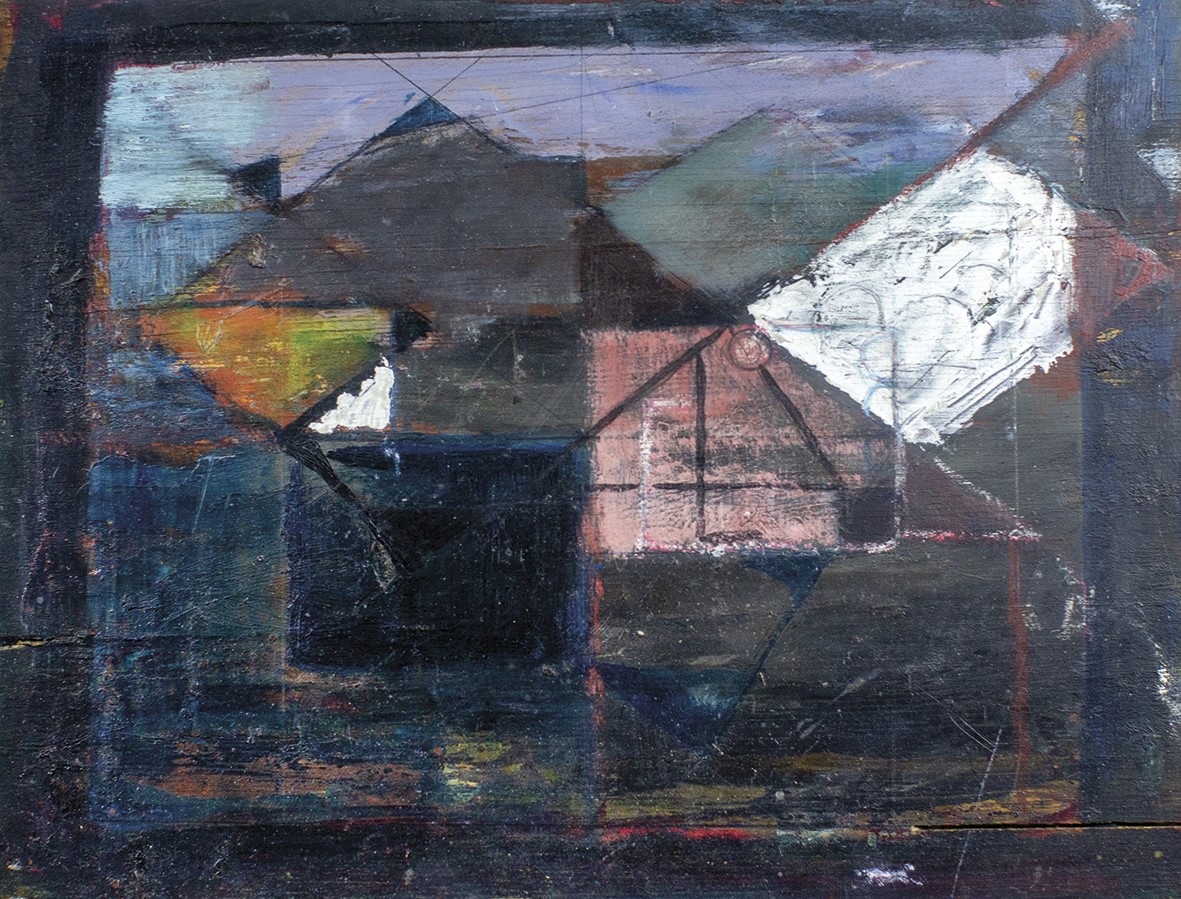 In our December 7th auction, The Personal Collection of Jonathan Grimble, lot 66, Madrigal I, 1949/50 is what we believe to be a smaller pre-emptive study. The forms and shapes in Lot 66 are less defined than the larger ‘Madrigal’ but compositionally show the work in progress and Frost's creative development into abstract art, making it a hugely exciting and significant work. 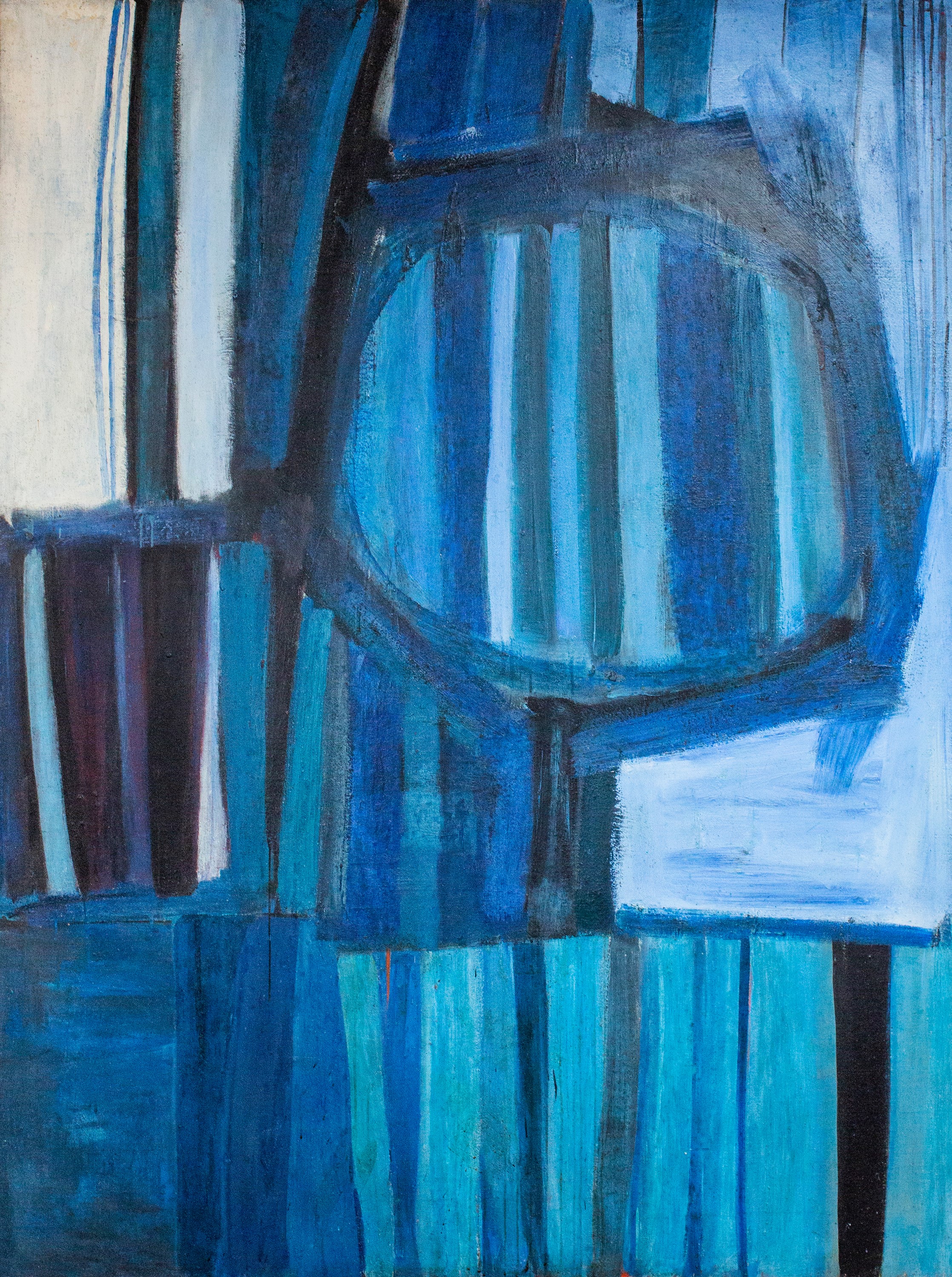 By the time he painted Blue and Black Verticals in 1957/8 (lot 25, The Personal Collection of Jonathan Grimble) Frost had lived in St Ives, worked for Barbara Hepworth, was a painting fellow at the University of Leeds and was creating some of the best abstract works of his career. Blue and Black Verticals shows Frost at the height of his powers, having found his artistic language in abstraction, and delighting in it.

The auction will be starting at 10:00am on the 7th of December. Viewing appointments will be running from the 4th, 5th and 6th of December from 9:00am to 5:00pm at Jonathan Grimbles home.