Lilian Bland was born in Kent, England in 1878, be​tween 1900 and 1906 (after the death of her mother) Bland moved with her father to the family home in Carnmoney in Northern Ireland to live with her aunt. Bland scandalised her neighbours, she smoked, wore trousers, was an excellent and knowledgable horsewoman, hunted hare and fox, fished, practiced jujitsu, was a crack shot and never had any interest in the Edwardian pursuits of a society lady—they had empty lives full of empty talk, she once said. She was the first woman to be granted a jockey's licence in Ireland and applied repeatedly to ride in the Grand National, but was refused on account of her sex. It is interesting to note that it was 1977 before women were finally allowed to compete in the National and 2021 before there was a female winner, which gives a sense of just how far ahead of her time Bland was.

To get a sense of her quick whit here is article she wrote in April 1906 for The Badminton Magazine, called 'The Art of Falling'.

A humorous piece explaining how to fall of your horse when riding. At the beginning she states...

"Though so many people write on the subject of riding and hunting, I have never seen any remarks on the art of falling; yet it is really quite necessary to learn how to fall, and it ought to be part of a hunting education. Having had a rather varied experience in falls, which must have averaged at least 250 in the first two seasons, and having never been seriously damaged, I think my methods must have some good qualities?"

Bland demostraing the 'Art of Falling'

Already a successful sports journalist and press photographer for various London newspapers, her enthusiasm for flight was inspired by Blériot's achievements and her studies of birds, and in 1909 she set to work designing and building her own plane.  In 1910, when Amelia Erhart was still only twelve years old, the pioneering Anglo-Irish aviator, photographer, journalist, jockey and motor enthusiast Lilian Bland made the first flight in her bi-plane the 'Mayfly,' aptly and ironically named by Bland because "It may fly, it may not..." This was all the more remarkable because Bland had also designed and built the plane herself, the first woman in the world to do so. Strangely, she is barely mentioned in the annals of aviation history and she remains virtually unknown to the wider public. A page dedicated to Bland at the Women’s Museum of Ireland describes the meticulous process by which she worked on building the Mayfly. She initially created it as a glider, testing its weight capacity and drawing on her knowledge of avian biology to design the wings. Eventually, the Mayfly was capable of flying to a height of 30 feet and traveling for a quarter of a mile.

"Lilian was the first women in the world to design, build and fly her own airplane"

Her father was considerably alarmed by these antics and persuaded her to give up flying in return for a motor car. It was a successful bribe. Delighted by her new Model T Ford, bought in Dublin, Bland convinced the delivery driver to let her drive it home and of course she was a natural. Constantly breaking boundaries, she went on to set up Belfast’s first Ford dealership. 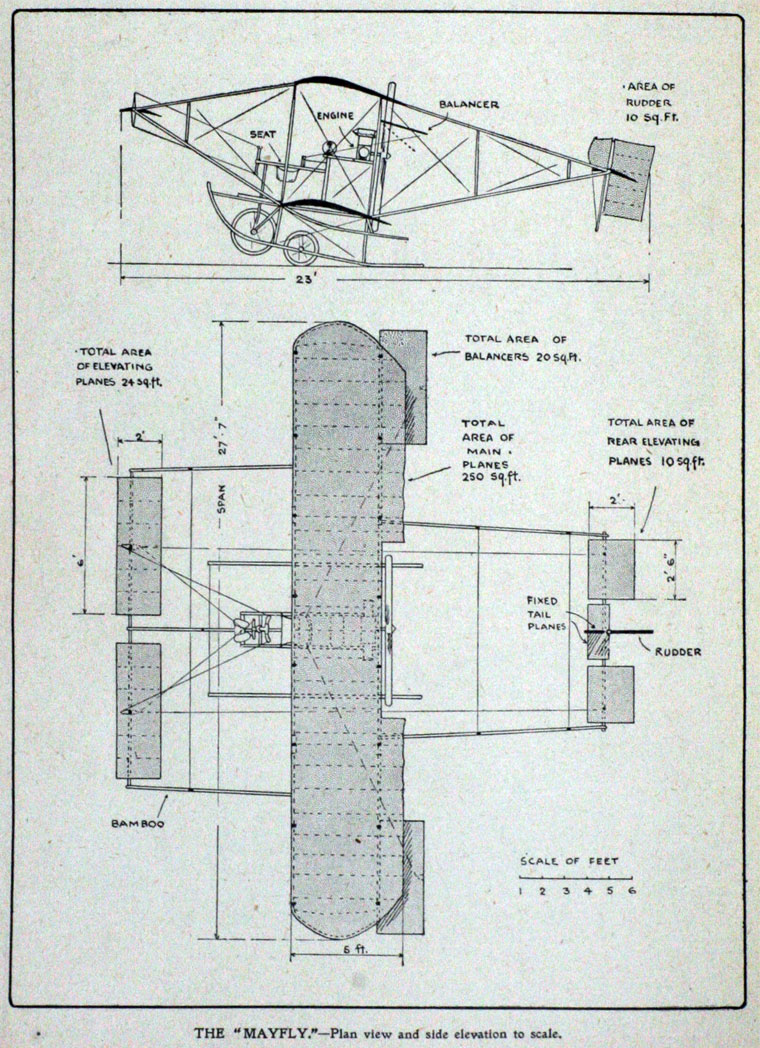 Lilian Blands designs of the Mayfly
She never returned to flying, but next married her cousin Charles Loftus Bland in 1911, settling in Canada where they hacked a home out of the wilderness. They had two children, Patricia and Jackie. Tragically, Patricia died an agonising death from a tetanus infection when just 16. Jackie, a commercial fisherman, drowned in a boating accident off Vancouver Island in 1962. The Bland's marriage did not survive the grief of Patricia's death and Lilian returned to England in 1935, living first in Kent then retiring to Sennen in Cornwall in 1955, where by her own account she devoted the rest of her life to gambling, painting and gardening. In a 1966 interview with Penzance reporter Frank Ruhrmund, she described her solitary life looking out to sea from her home in Maria's Lane in Sennen: "I love it. I keep busy, I have my plants, I paint and I gamble. Very occasionally I watch television at a neighbour’s house, but only the horse racing – I back five horses a day, with success, I may add and, great fun!” 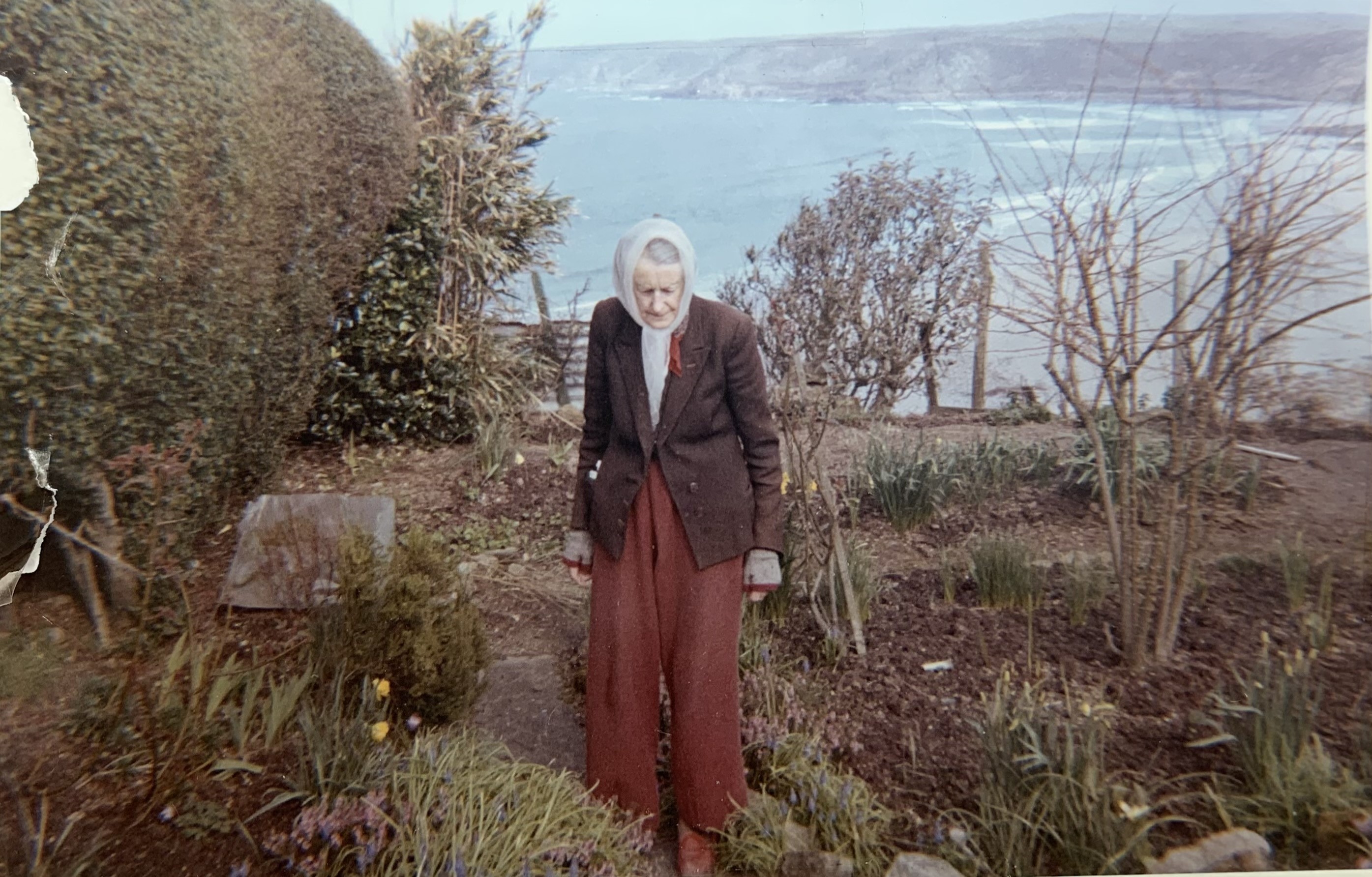 She died in 1971 aged 92, and is buried in Sennen.
Left: Lot 161, Sennen Landscape.   Right: 162, Hydrangeas.
Coming up in our Cornish Art and Fine Art Sale we have four paintings by Lilian Bland for auction, they are not particularly remarkable in themselves and are expected to go for £50 to £100 each, but the incredible life of Bland is what makes them so desirable. They are being sold by someone whose father was a friend of Mrs Bland’s and wants her name to be known again. Putting them in the public arena gives us the opportunity to tell Lilian’s story to the wider public. The sale will be starting at 10am on the 22nd and 23rd of July.
View more