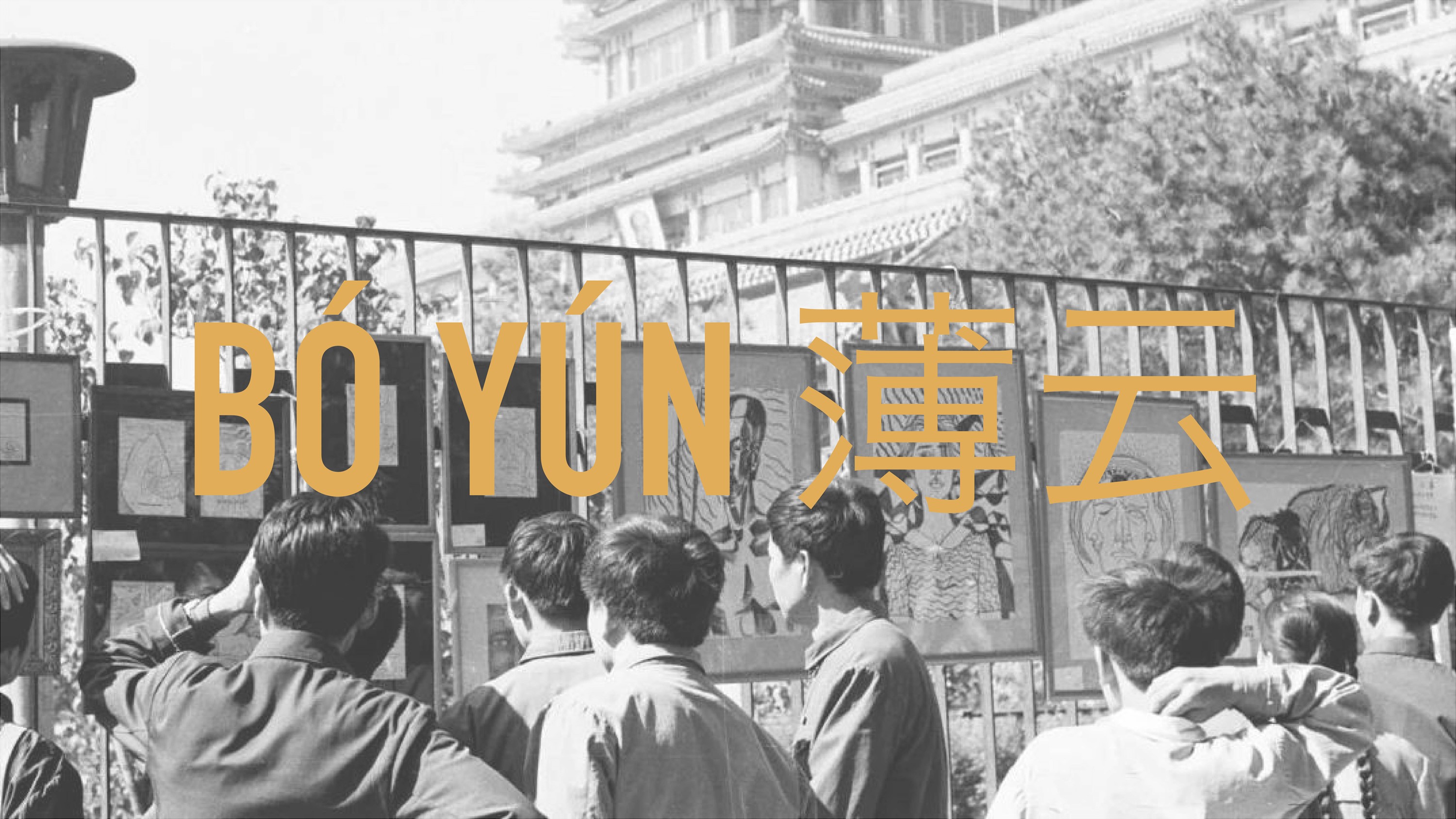 The contemporary Chinese art scene has now become a vibrant and varied market. Chinese artists over the last several hundred years have been working to challenge its cultural political heritage. This could not have happened without the rapid socio-economic changes of the recent half century and the artists involved in the social and political art movement of the Stars group that all started in the 1970's.

Bó Yún graduated from the affiliated School of the Central Academy of Fine Arts in 1967 and from the Central Academy of Fine Arts Beijing in 1980. In 1979 he joined a group of 23 young artists known as the 'Stars', who made history by hanging their politically incorrect paintings on the railings outside the China Art Gallery where they were not allowed to exhibit. Even though the exhibit was only up for three days before it was forced to be taken down, it captured the attention of thousands of people.

The group then arranged a protest  a few months later on the 1st October on the 30th anniversary of the founding of the People’s Republic of China. They marched under a slogan that would forever link the Stars with politics: “We want political democracy! We want artistic freedom!”. The Stars attracted outsized publicity and quickly won acceptance within the establishment. This act of defiance set the stage for an era of liberation for future artists. Widely exhibited internationally in group and solo exhibitions at Central Academies of Fine Arts, including Beijing, Paris, Osaka, Kobe, China Arts Gallery Beijing, Hong Kong, Taipei, the Mexican Embassy in Beijing, Michigan, Dusseldorf, Seattle, Chicago etc.

-Wang Keping, one of the leaders of the Stars Movement

The Stars Movement not only showed China, but the world that Instead of just portraying or reflecting the power structures around us, activist and socially engaged art addresses those structures directly; creating the conditions for society to shift.

Bó Yún is now a professor at the Art Academy of Tsinghua University, Beijing. His more recent work is less political and more modern contemporary, using bright colours and abstract streaks of paint across a large canvas. We are delighted to have two of his paintings in our Cornish Art and Fine Art Sale on the 22nd and 23rd of July. It is an honour to have the work of an artist who was involved in such a monumental moment in art history.

Our Cornish Art and Fine Art Sale will be starting at 10:00am on the 22nd and 23rd of July. Viewing will be available from our Penzance Saleroom from Saturday the 17th of July by appointment only. However, our online sale catalogue is avalible to view on our website and is now live.