David Lay Auctions have been given the honour of cataloguing and selling the entire contents of Sven Berlin's studio, which had been lovingly preserved by his third wife Julia, who died last year. It is a wonderful opportunity to present every facet and stage of the extraordinary life of this controversial and misunderstood artist, writer and poet, who was also a gypsy, a dancer and a zoo keeper during his rich and varied life. 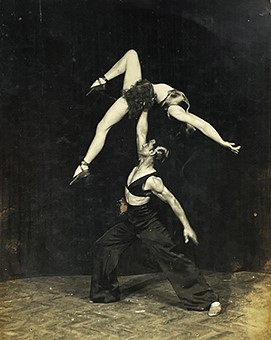 Berlin still has great relevance today - a polymath, a romantic, and a true Renaissance Man for the digital age. We are keen to see his life celebrated, and have transported everything from his home in Dorset, back to his old stomping ground in deepest darkest West Cornwall, back to the Art World where his old adversaries are hero-worshipped and he was so marginalised in his own lifetime. The irony, we think, would not be lost on him.

A Renaissance Man for the Digital Age

Sven Berlin's artistic career began in Cornwall, most notably, during the heady days of post-war St Ives. He was an integral part of the artists' colony in West Cornwall and his career was just starting to flourish, but he left this land of artistic milk & honey in a form of self-imposed exile, travelling to Dorset in a gypsy wagon. History is written by the victorious. And Berlin paid the price of being on the losing side of an acrimonious battle between himself and fellow figurative painters who were pitted against the abstractionists, led by the likes of Ben Nicholson and Barbara Hepworth. They are now revered household names, synonymous with St Ives. They had huge influence on State patronage, something that Berlin never experienced again once he left Cornwall in 1953.

In 1962, he published one of the most controversial books of the time, 'The Dark Monarch', a 'roman a clef' describing the atmosphere and squabbles of the artists community in St Ives. Unfortunately, the characters were too recognisable, defamatory, and libel suits followed.  Sven proudly refused to change a word of his manuscript and it cost him dearly. The book was withdrawn only a few days after publication, and damages were paid by the author and his publishers. The episode, with writs tumbling through the letterbox, left lasting scars on Berlin himself and on his new bride Julia, and he was bankrupted. 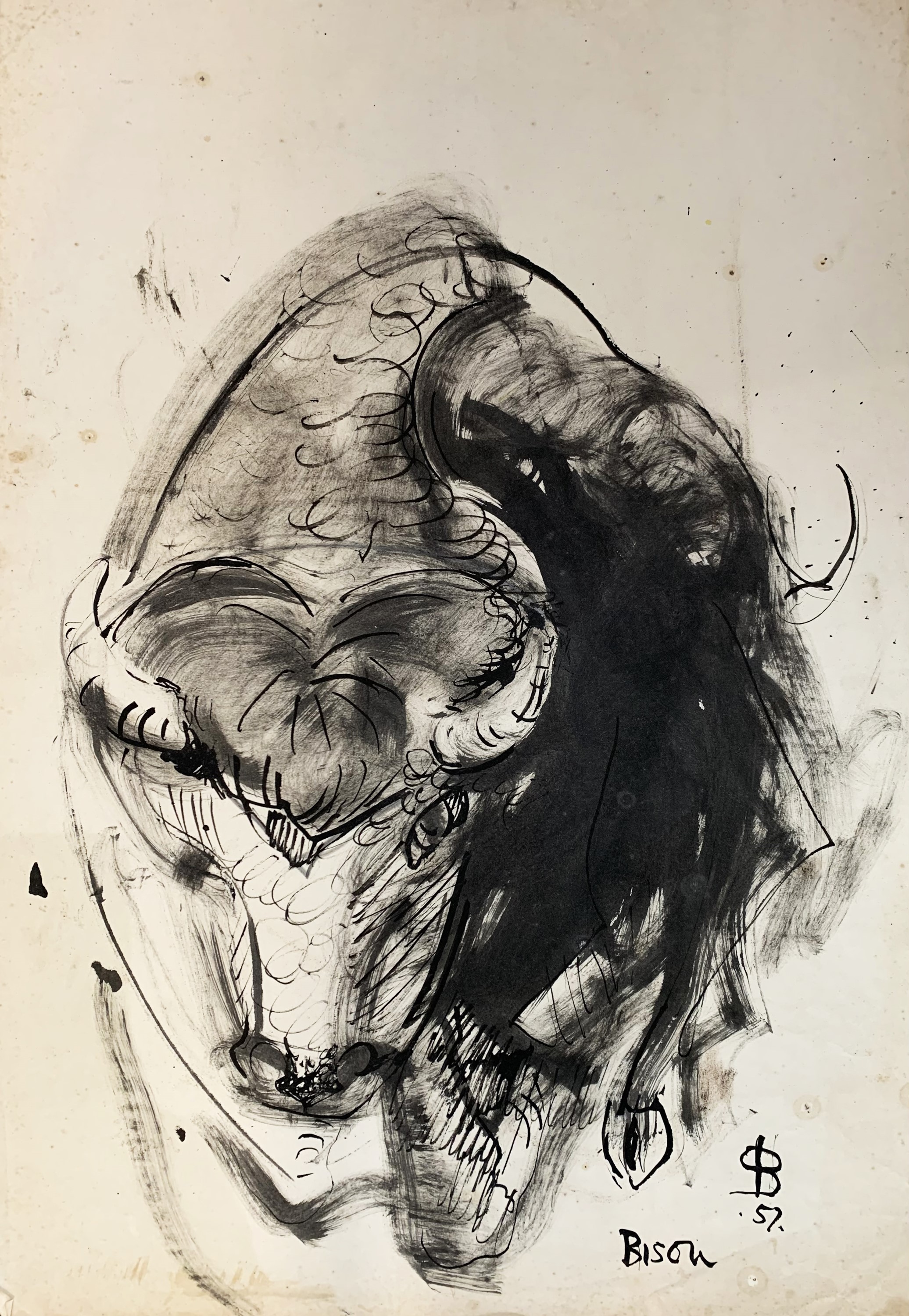 Tucked away in a rural cottage in Dorset, nurtured by Julie, yet marginalised by the art world, he continued to write, paint and sculpt prolifically for the  rest of his life, but never with great commercial success. He died in 1999 and never lived to see his influence celebrated in the Tate's 2009 exhibition. 'The Dark Monarch' which explored the tension between progressive modernity and romantic knowledge.

Berlin’s artistic output was staggering and this unique sale gives us an opportunity to present every facet of his creativity; paintings, drawings, sculpture, a wealth of fascinating manuscript material, his correspondence, also some of Julia’s own charming paintings. Berlin was a man of incredible energy and passion. He leaves behind a remarkable legacy and it is a privilege to now present this to a wider audience.
Click here to watch a video about the life of Berlin 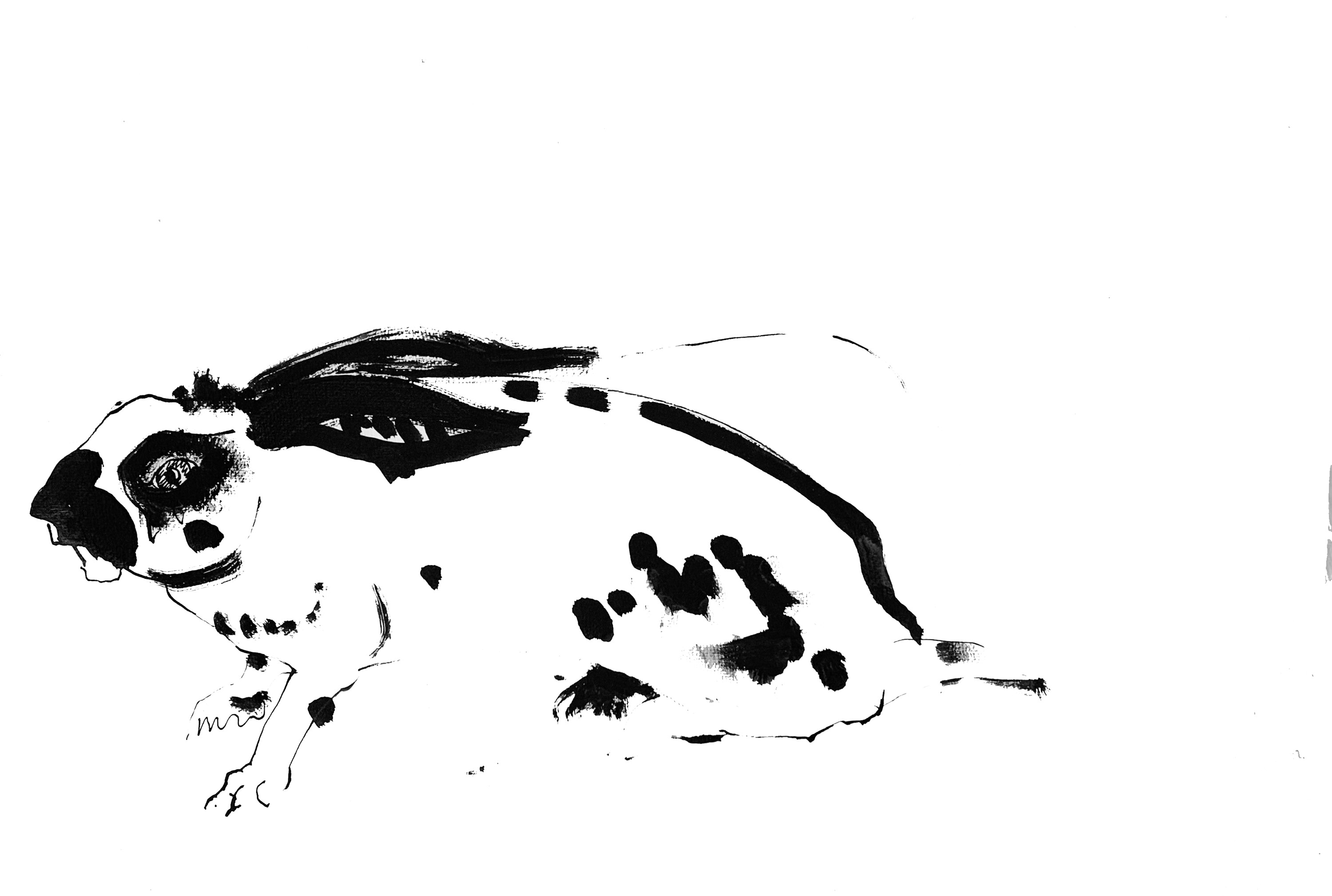