Cubism was one of the most influential visual art movements of the early twentieth century. It was created by Pablo Picasso and Georges Braque in Paris between 1907 and 1914.

The Cubist painters rejected the inherited concept that art should copy nature, or that artists should adopt the traditional techniques of perspective. They wanted instead to emphasise the two-dimensionality of the canvas. So, they reduced and fractured objects into geometric forms, and then realigned these within a shallow space.

“Are we to paint what's on the face, what's inside the face, or what's behind it?” 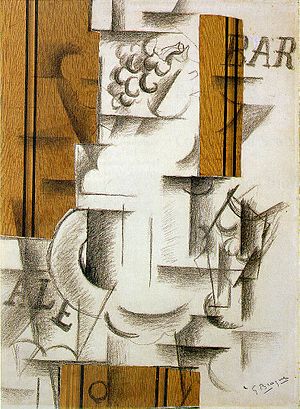 By 1912, Picasso and Braque had begun to incorporate words in the paintings, which evolved into the collage elements that dominate the second era of Cubism, known as Synthetic Cubism. This phase was also marked by the flattening of the subjects and brightening of colours. Braque further experimented with collage, leading to his creation of the papier collé technique, seen in 1912’s Fruit Dish and Glass, a concoction of wallpaper placed within the gouache.

This leads us to discuss an extremely interesting piece we have coming up for auction in our Cornish Art and Fine Art Sale. Lot 1072, is an impressive cubist portrait, dated 1915, but tantalisingly unsigned. The highly competent painting bears a striking resemblance to Venessa Bell’s portrait of Molly McCarthy, a collage made of cut paper. It is believed that Bell created this work after she visited Picasso in 1914 and saw the artist's cubist collages. During this time Picasso was also a strong influence on Bell’s close friend, Duncan Grant and sister, Virgina Woolf; who were all part of the Bloomsbury Group in London.

Arguably lot 1072, created in 1915, would have also been inspired by Picasso’s and Braque's new wave of synthetic cubism, as it was created during that era with similarities to other influential artists such as Bell and her peer group. Leading us to suspect that it could have been created by someone within the circle of Picasso. Regardless of whom the artist could be, it is still a stunning piece and will be an exciting one to keep an eye on at auction. 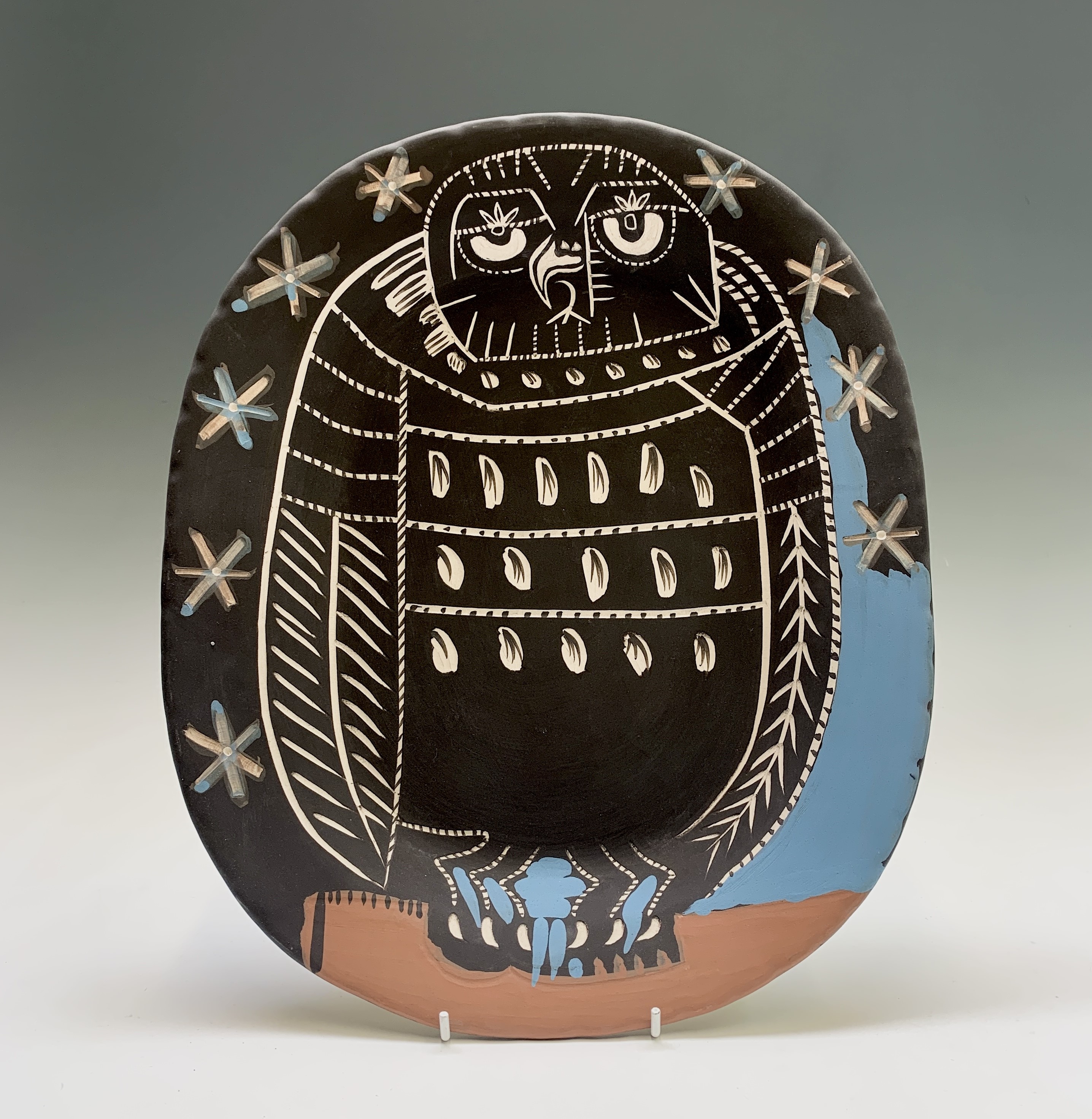 As well as the exciting and mysterious lot 1072, coming up for auction we also have an earthenware ceramic plate, partially engraved, with coloured engobe and glaze by the legendary Pablo Picasso himself. The plate is called Hibou Mat (Ramié 284), stamped and marked 'Madoura Plein Feu’ and conceived in 1955 and executed in an edition of 450.

After Picasso had revolutionised Cubism and moved onto surrealism in the late 1930s, he started to look to other art forms to expand his creative career. In the 1940s Picasso spent his summers on the Cote d’Azur in the South of France. He visited Vallauris for the annual pottery exhibition in 1946. Impressed by the quality of the Madoura works, he was introduced to the owners, Suzanne and Georges Ramié. The couple gave him access to all the tools and resources he needed to express his creativity with ceramics. In exchange, the Ramié family would produce and sell his ceramic work, a collaboration that spanned over 25 years. 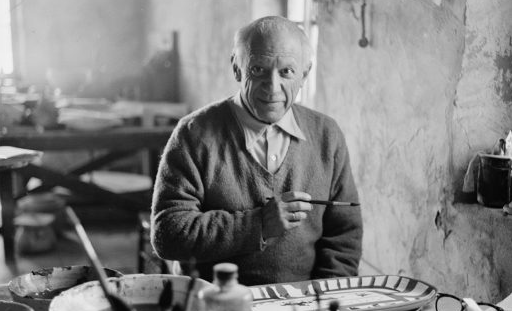 Picasso originally made these pieces to be affordable and accessible to the public. However, over recent years the market for Picasso ceramics has grown. They have become highly desired works and there have been some exceptional pieces selling for huge prices. Last month Christies sold Hibou Brillant (Ramie. 285), the same piece but one of the 400, selling for £37,500 last month. This will be without doubt great to watch in our Cornish Art and Fine Art Sale on the 13th and 14th of May.

The Sale will be starting at 10:00am and will be online available to watch and bid live on our website. Please contact our offices today about booking phone bids and for any enquiries  regarding the sale.