A unique, never-before-seen collection of nearly 40 personal letters and cards written by the Princess of Wales to a close family friend, Roger Bramble.

For over 23 years a number of letters and cards, written by Diana, Princess of Wales between the 7th August 1990 and 16th May 1997, have lain in a cupboard in a country farmhouse. The letters reveal a witty and intelligent hand with a great generosity of spirit. The recipient believes his place in her story was only as a constant, always independent of what else might have been happening at the same time. He had known the Princess since childhood and has now given the letters to a younger relation to sell in aid of four cultural organisations:
The English National Ballet, Opera Rara, The Young Musicians Symphony Orchestra and the Benesh International Endowment Fund.

“We have been concerned that contemporary portrayals of the life of Diana, Princess of Wales, may become accepted wisdom in the minds of the public. We believe these letters reveal the writer to be an affectionate, cultivated and delightful human being and that their wider publication could only do credit to their author. Proceeds of the sale will be directed towards organisations, artistic and cultural, with which the Princess and Roger had a particular affinity. We like to think that she would have approved that her writing so attractively all those years ago will continue to benefit the cultural life of the Nation even today.”

"Our work supporting Benesh Movement Notation is vital to choreographers, providing them with an expert and established means of dance notation, enabling them to record and preserve the dance repertoire for future generations to enjoy. Princess Diana loved dance as an art form and we were immensely grateful when she agreed to become a patron in the 1990s. Her active support made a great deal of difference to us then, and we are very touched by this generous donation.

"English National Ballet was proud to have Diana, Princess of Wales, as our patron from 1989-1997. Diana had a real love of dance, as was evident in her active relationship and support of the company throughout her patronage."

Below is a small selection of some of the remarkable lots in this collection.

A delightful pair of letters relating to an occasion when Princess Diana & her mother enjoyed a rare,
carefree visit to Verona & Venice in August 1990. Her mother writes: "There were endless gorgeous
moments weren't there - I think I’ll ever remember St Mark’s Square with D barefoot plus that orange
jacket and the Italian Special Branch gang unable to do anything but feast on her legs and lust generally - !"

This event is corroborated by Diana's then personal protection officer Ken Wharfe who wrote a book about
his experiences. He described arriving in Venice just after midnight and the Venice police arranging for
two motorboats to take them to see the city by moonlight. They sailed along the Grand Canal, armed with
a bottle of Pinot Grigio from which Diana would take the occasional swig and then visited a deserted
St Mark's Square, Diana dancing and kicking the puddles.

An extraordinary letter of exceptional content, discussing her feelings about the death from AIDS on 24th
August 1991, of her friend Adrian Ward-Jackson.
"Adrian had a very kind heart and was a valuable friend to me, but to see him reach the psychological and
spiritual destination of acceptance before he died will be a memory I will treasure, as few manage to make
that plateau. I learnt more about inner-strength than anything moral during his last few days and as we know
bereavement is an experience of change and adjustment so life must go on..."

The letter also goes on to discuss a future trip to the opera and whether "you, in your expert opinion think
William would enjoy an opera?"

'Ghastly week'
During this week in 1992, Diana had been at the centre of a media frenzy, as the Sunday Times started
serialising Andrew Morton's highly revealing biography 'Diana - Her true Story' and other national newspapers
competed by publishing further intimate details of the private life of the Prince and Princess of Wales. 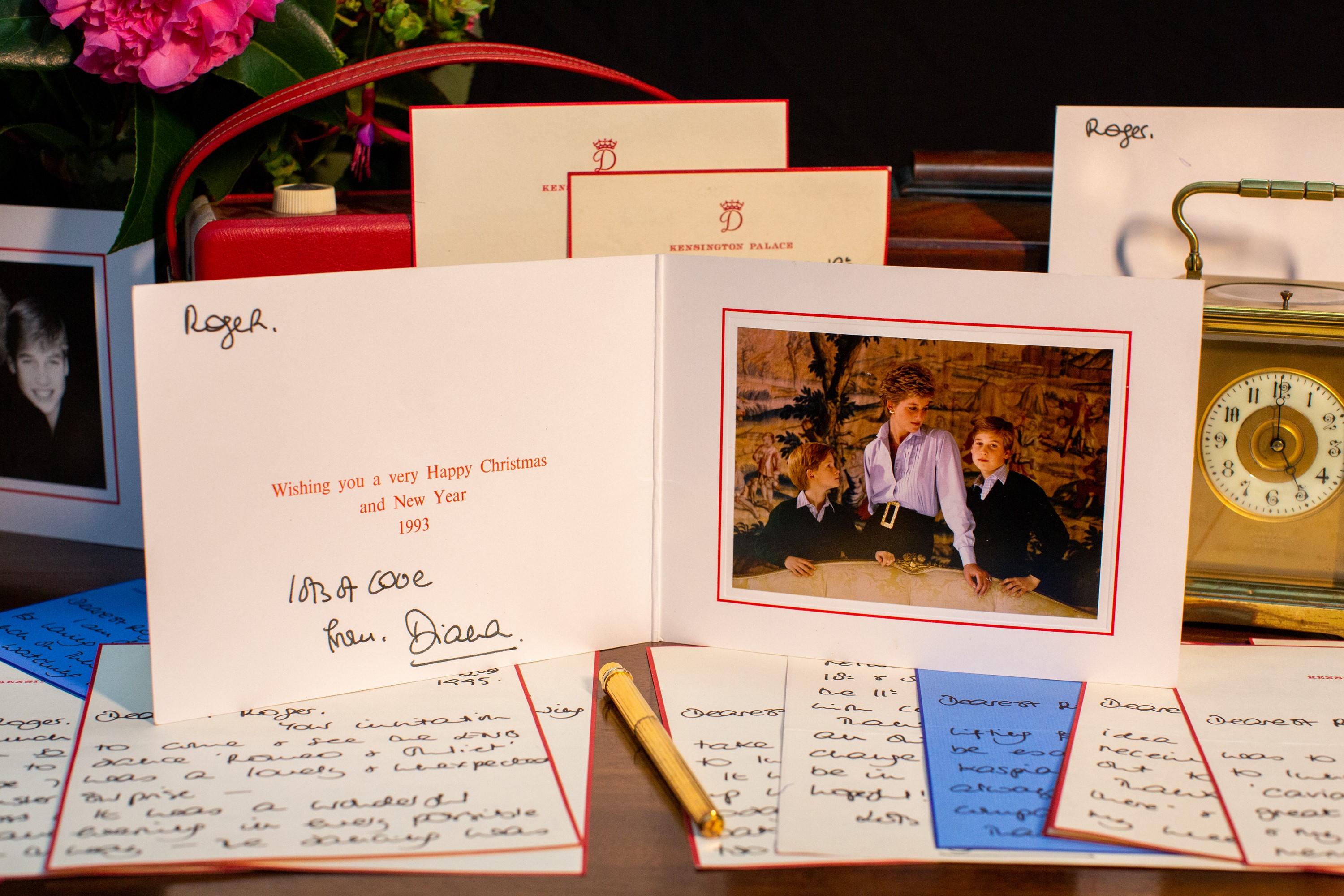 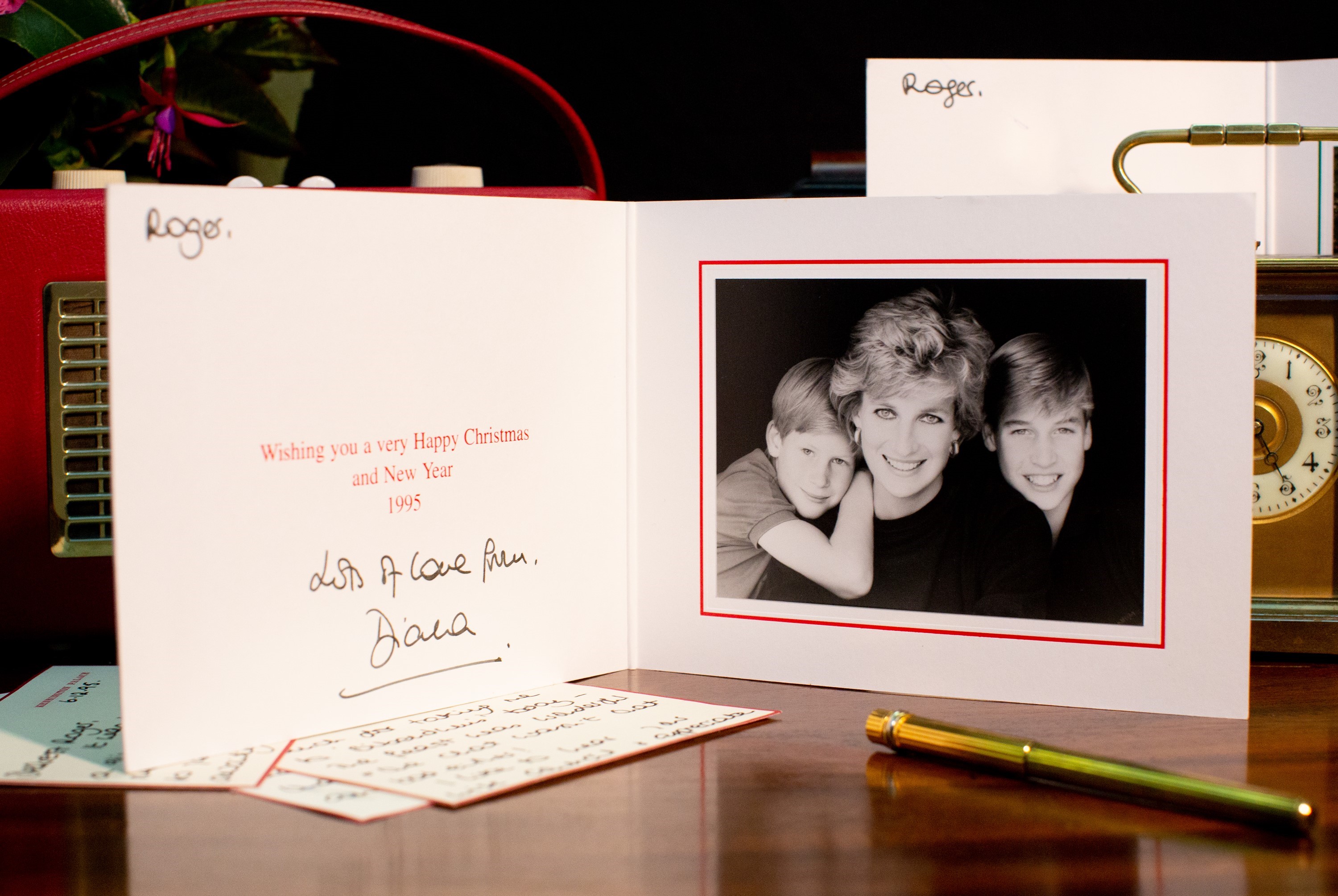 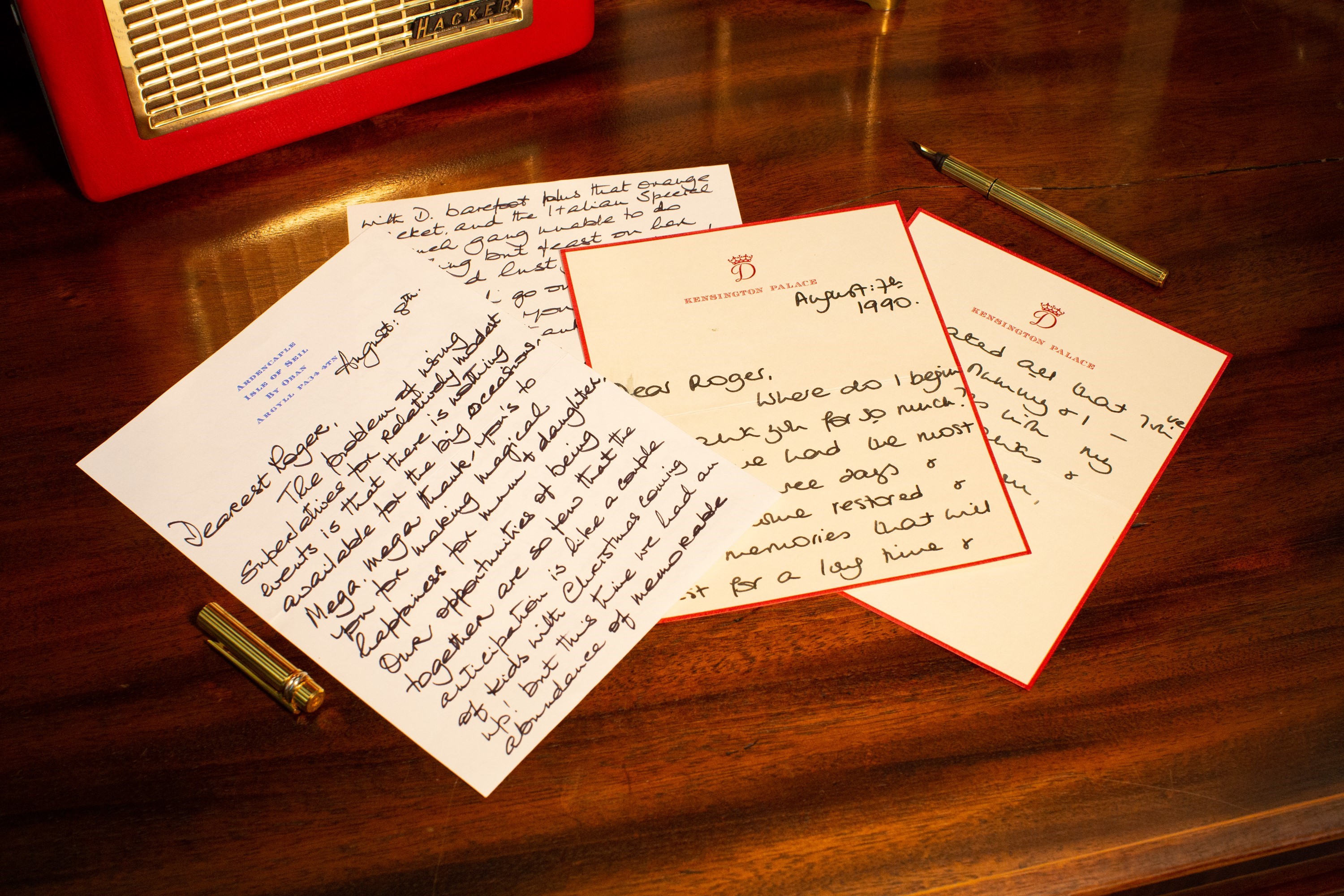 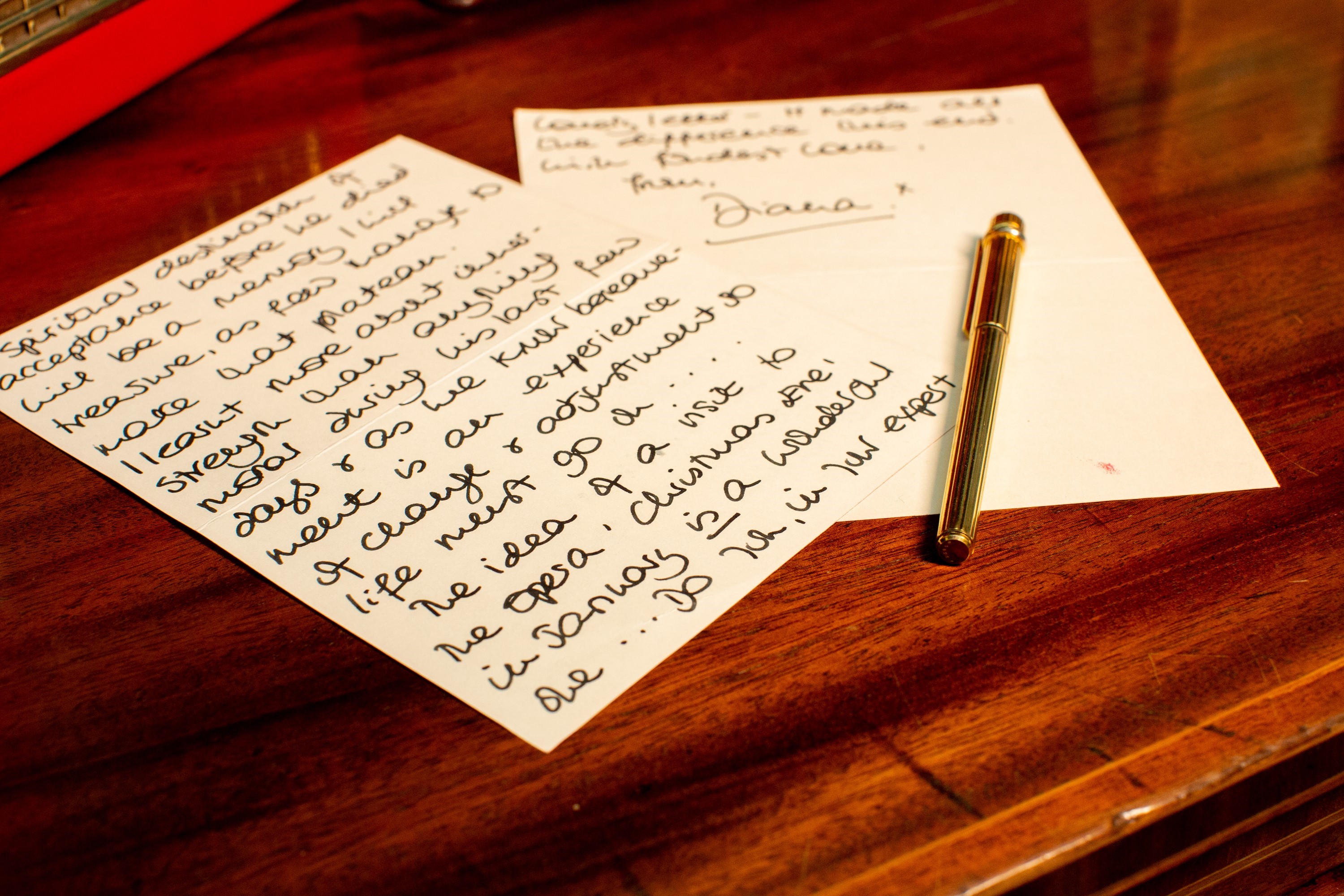 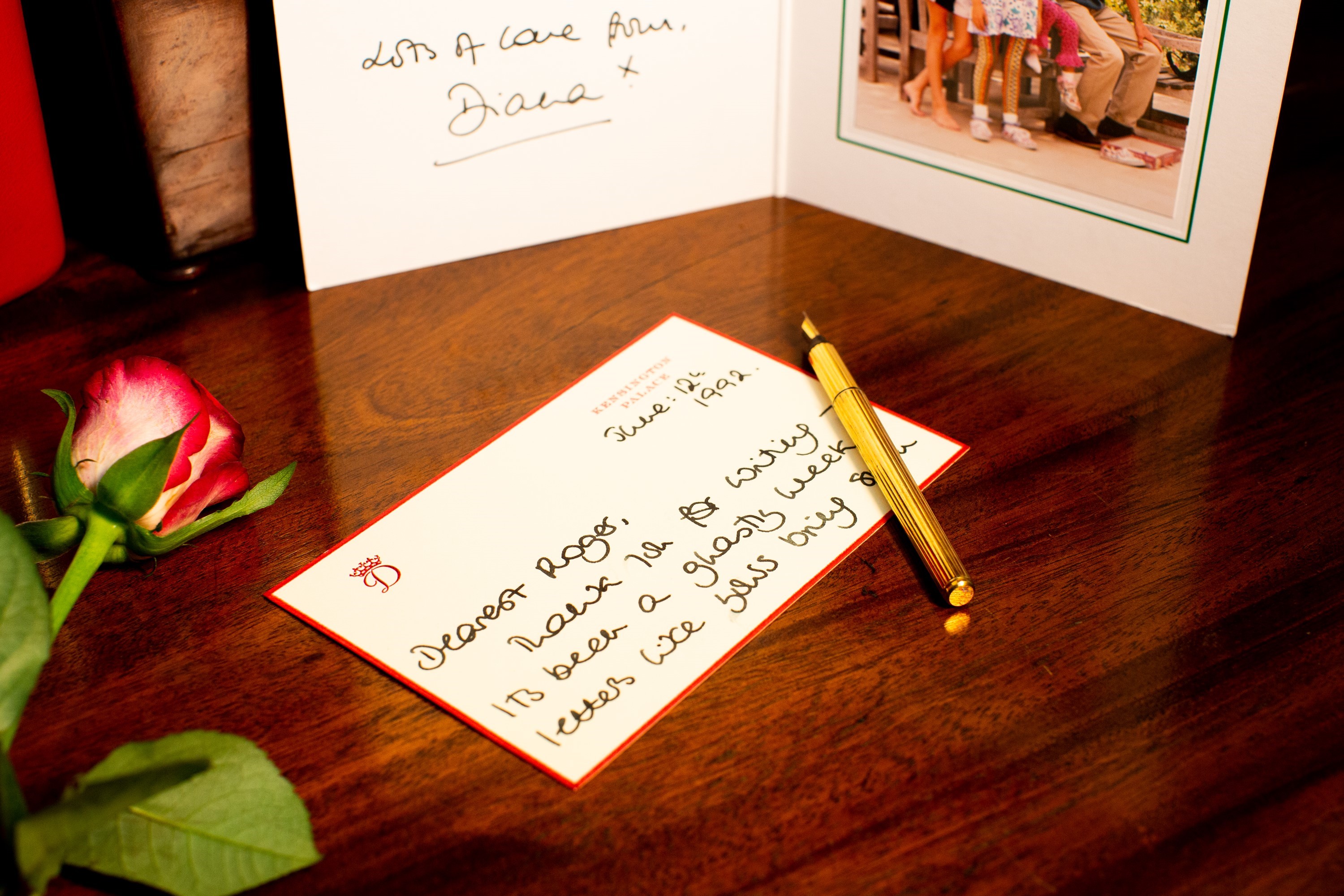